* You will receive the latest news and updates on your favorite celebrities!

HOW TO RESPOND TO THE WORDS OF PEOPLE

Dust off the dirt from your gift

Home > People > THE NEAR OPPORTUNITY SYNDROME

THE NEAR OPPORTUNITY SYNDROME

I once heard a man of God leading prayers and asked the entire congregation to pray concerning the ‘near opportunity’ syndrome. The prayers ended with me feeling a bit confused. As Proverbs 25:2 says, ‘it is the glory of God to conceal a matter; to search out a matter is the glory of kings’ (NIV). I proceeded to search what that meant and what I found was mind-blowing.

Have you ever applied for a job, been certain that you have gotten it but was rejected? Almost sure that you were pregnant at last but then only to check later and it was false or had a miscarriage along the way? Nominated for a position that you knew you were going to win and yet was turned down or few people voted? There are many scenarios that can be said and all these are the ‘near opportunity’ syndrome.

We have all in a time in our lives almost gotten an opportunity but saw it slip right through our fingers. Applied for a visa with a surety of getting it and still being denied. I do not know what is much more painful than having tried with the faith of winning yet lost!

In Joshua 7, we find that the Lord had just given Joshua victory by causing the walls of Jericho to fall down. Such victory is one that gives confidence to a man that God is really for him and with him.

Imagine the man going into another battle with more men than his enemies and losing that battle. I would also tear my clothes and lay on the earth upon my face to ask the Lord questions.

The pain you get when you had almost gotten that breakthrough and see it not work is a devastating one. It rips you of your joy and can cause you to never rise again. Yet, like Joshua would you search the matter?

If you read the scripture above, you will find out that it was the mistake of another man among the Israelites that had caused the Lord to turn His back on His people whom He had just promised victory to. Till that man was revealed and the abomination taken out, the Israelites would still have failed in every battle.

There are many other scriptures in the Bible that shows the cause of the ‘near opportunity’ syndrome. Like in the time of David, there was a famine that took place for three years only because Saul in his days had put some Gibeonites to death and the cry of the descendants of those Gibeonites had caused this famine (2 Samuel 21). When I found this scripture, I was in tears and on my knees to the Lord for mercy because truthfully, I do not know what my fore-fathers before me might have done against someone and their cries could be the cause of my problems.

These goes to show that it is time we each stand up to pray for our lives and that of our families concerning every problem we are facing and to be broken from every chain of ‘near opportunity’ syndrome. The Lord must arise on that situation of yours and have compassion on you, for it is time to be shown favor and be repaid back to you all the years the locusts had eaten (Psalm 102:13, Joel 2:25). This can only happen when you arise unto prayer, confessing your sins so you may be healed because the fervent prayer of a righteous person has great power and produces wonderful results (James 5:16; NLT).

Tell yourself today that you are born for great things. You are the Head and not the tail

THE NEAR OPPORTUNITY SYNDROME 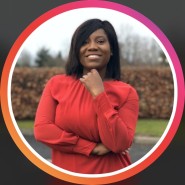 WHAT DO YOU THINK OF YOURSELF?

WHAT WORDS DO YOU SPEAK?

There are many of us today that do not know that beneath all the dirt and filth we see, lies a gold that its worth can change an entire world.

HOW TO RESPOND TO THE WORDS OF PEOPLE

Dust off the dirt from your gift